UNDERGROUND OF THE PETROVARADIN FORTRESS

Veljko Milković is very familiar with Petrovaradin fortress (city of Novi Sad, Serbia and Montenegro); he has been exploring it since 1960. In 1965 he managed to decipher orientation marks at the crossroads and establish the logic of subterranean labyrinth with '^', 'Y' and 'T' crossroads. This approach helps him to examine the 20km deep catacombs of the fortress in a faster and safer manner.

All the experts and authors that explored the location agree that the underground of the Petrovaradin fortress is the biggest attraction of the site.

Four levels of the underground were constructed between 1768 and 1776. The length of the corridors is supposedly 16km, but it seems that there is more. 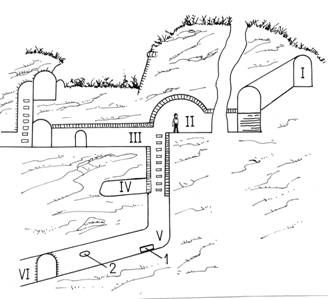 Picture 1. Cross-section of the 'Zdravko's vertical', which is under the eastern part of the bicorn bastion Hornwerk: I - A tunnel near the surface with the entry at the St. Elizabeth's powder-room, II - Lower level, III - Mezzanine, IV - Unfinished corridor, V - The bottom of the vertical with a stone disc (1) and a place where a shell fossil was found (2), VI - The lowest level of the unfinished underground

This unique system also had mine fields incorporated, as well as chambers for soldiers, weapons and 12,000 loop-holes. In the emergency, underground galleries could have accommodated over 30,000 people. Two wells were also made in the underground. The larger one was near the 'Gun turret' and was 4m wide and 60m deep (wrongly named 'The Roman well') and the smaller one - The Emperor Joseph II well is in the underground of the Hornwerk and is 2m wide and 39m deep (later dubbed 'The Kaiser well').

1780 is mentioned as the year when the Petrovaradin fortress was finished, although certain underground works lasted for several more years. However, not everything that was planned was finished (unbricked corridors, 'earth tunnels', short 'dead-end' corridors etc.).

All the sources so far confirmed that the underground was used solely for military purposes.

EXPLORATION OF THE UNDERGROUND

Secrecy and adventurous spirit inspire certain people to take risks and explore the underground world.PUnderground is isolated from radio waves, noise and light. Excluded from magnetic waves, mobiles telephones and transistors have no network coverage...

Under the south part of the Petrovaradin fortress i.e. bicorn bastion Hornwerk is the majority of underground galleries - tunnels 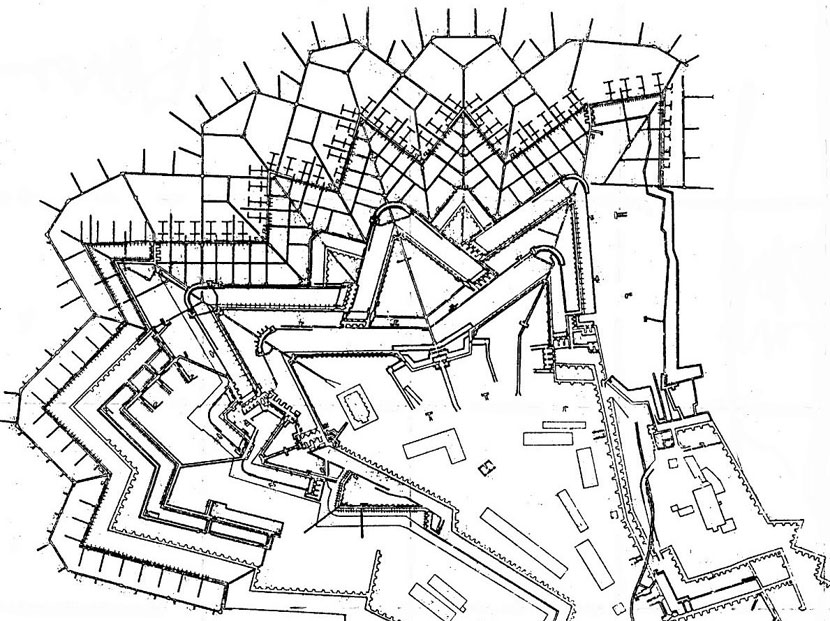 Picture 3. The plan of the Hornwerk underground, southern part of the Petrovaradin fortress

Possibility of getting lost is the biggest in the deep underground with stale air and tunnels of smaller dimensions. However, there is a beneficial point which must be taken into consideration. These are signs and regularity of intersections. 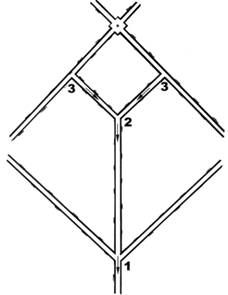 Picture 4. Horizontal view of the typical fragment of the deep underground of the Hornwerk (south of the Petrovaradin fortress - behind the Art Academy) with arrow (1), 'Y' shaped (2) and 'T', 'hammer' (3) intersections. Small arrows, only in pictures, show the way towards bigger rooms and the exit. Way towards the exit was found in 1965, when Veljko Milković discovered the regularity of the labyrinth - probably the biggest secret of the fortress.

Picture 5. 'T' intersection, if all branches are the same dimensions - the rule can be applied 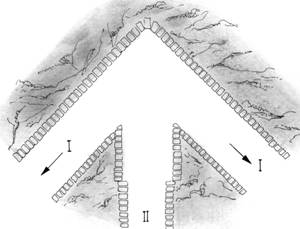 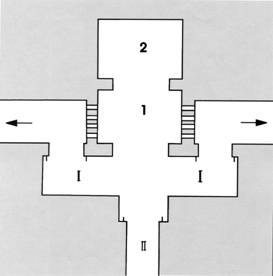 Picture 7. Horizontal view of the underground intersection with halls: I - The first level, arrows show the way out, II - The second level of the deep underground, 1 - A guard-house with inner loop-holes, 2 - rest room, cellar...

Note: Arrows and numbers in the pictures 6. and 7. are on the sketch only for instruction purposes and all published information should not be taken likely!!!

Problems are bigger with the system shown, because there is a tendency of bricking up certain tunnels. It should also be kept in mind that at the 'Y' intersection ( Picture 4 , mark 2) one should follow a longer branch and judge the conditions correctly

Regularity or signs of the intersections can decrease the danger of getting lost in the underground. The fact that people are writing all kinds of additional signs on the walls is not helping when orientation is concerned.

You can see pictures of the underground in the chapter PHOTOGRAPHES. .