During public appearances in previous years, Veljko Milković announced major archaeological discoveries from Palaeolithic age at the location of Petrovaradin fortress and in the central Danube basin (Serbia). Experienced archaeologists stated that "it is beyond dreams" and that it was "absolutely unexpected"...

But it happened and it was confirmed - by the latest archaeological discoveries from Palaeolithic age. In his numerous public appearances, Milković claimed that the central Danube basin is a cradle of prehistoric period, which was confirmed by the recent discoveries by European scientists. He is also in possession of a unique and unusual archaeological collection. He also gathered numerous minerals and fossils, as well as remains of previous civilisations.


THE DANUBE KEEPS THE SECRET 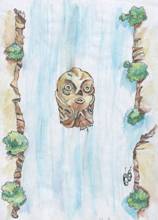 Picture 1. "The Colossus in the Danube"- according to legends, The Danube river bed contains the remains of previous civilisations

It is supposed that murky waters of the Danube with a lot of detritus hide many secrets from the past is confirmed by the sinking of the island fortress - Inzelšanc at the beginning of the 18th century. This fortress was the part of the present Petrovaradin fortress, which was built on the war island, but the surface could not hold it, so the whole construction sank somewhere between 1827 and 1832, when the Danube had high water level, and it was forgotten in time.

Picture 2. The island fortress - Inzelšanc, remains near the Officers' beach.The drawing shows the remains of the construction which divers come across.

The event is interesting because something similar probably happened before that as well, and the murky waters of the Danube must hide some other secrets as well.

The same cause in the past could have hidden much more interesting constructions in the past as well, for which there are no written traces. After this digression, we should return to the prehistoric era, without presumptions.

Major discoveries such as Lepenski vir are ahead...

THE POSSIBILITY OF GATHERING THE OLDEST REMAINS

Since natural and artificial disasters destroyed numerous remains of the cultural development of human kind - it is time to save the remaining i.e. the remains starting from prehistoric time - tools made by humans.

At first glance, it is complicated, problematic etc. but, in fact, it is very simple - without digging, but just gathering from the surface, because the remains from the surface are in most danger, because of the lack of knowledge.

One only needs to be able to recognise and also to use archaeological literature and visit museums.

WHY IS THE FOCUS ON THE PREHISTORIC TIME?

The remains of the newer date are easy to define, but the tools from prehistoric times usually look like "ordinary stones". In that way, they either get damaged or end up as an aggregate in concrete.

Life of ancient men was usually connected to the river, so that the bank and the earth dug out by the excavators is interesting for inspection.

Microlithes, the smallest tools of the prehistoric era, are fragile like glass and made from the finest stone in the surrounding area.

Quality edge, sharp as a razor, can not be made by dressing a porous stone, but only from quality stone such as: flint-stone, agate, onyx, chalcedony, opal. Small knives, cutters, spears and other microlithes were made by skilful breaking of the precious stones.

By gathering the tools from prehistoric era we can find out many things about our ancestors and save the tools from mechanical damage made by ignorant and irresponsible people.

"The missing link" is maybe in the central Danube basin. Therefore Fruška Gora massif is also interesting, since it must be keeping many secretes... Further explorations of these parts can contribute the demystification of the past, which makes comprehension of the present and the future easier...

Picture 3. The waves of the Pannonian Sea probably bypassed sharp edges of the Palaeolithic tools - Photo by S. Nikolić - From the private collection of Veljko Milković

DILLEMAS ABOUT THE OLDEST FINDINGS

According to that theory, the area of Europe was 1,000,000 years late with the making of tools.

However, during the last decades, some hundred tools with rounded edges and surface metamorphosis were found in the Danube basin. They could lead to the conclusion that they are older than the "oldest" tools from Tanzania. It seems that cultural beginnings in Europe were not in the shadow of Africa and Asia.

New findings and arguments are provoking sceptics, so that heated arguments can occur just like more than 400 years ago ("Theory of thunders"). Prehistoric archaeology is definitely not over, so that new artefacts deserve to be examined.

Picture 4. Flint-stone tools of the Neolithic man from the area of Petrovaradin - Photo by S. Nikolić - From the private collection of Veljko Milković

THROWING VALUABLES INTO THE WATER

Almost all nations have a custom to throw certain objects into the water (river, lake, well...) from earliest times.

Sacrificing valuables or in the dispute between two sides concerning the possession of the certain object would be usually be solved in nobody's favour - be the object being thrown into the deep water.

HOW TO SEE INTO THE DEPTHS?

Gravitational force is inevitable, so that many remains are hidden by the deep, murky water. In addition to diving, modern devices, such as sonar, give an interesting insight into the river bed.

However, diving in murky waters and expensive equipment pose a serious problem, so many ideas came into consideration: using a boat, since vertical view from the boat is better than the one from the bank, various catching devices, big spoons, periscopes with lights etc.

EXHIBITION FROM THE RIVER BED

It is interesting that a road to the simplest and most useful idea is sometimes very long or impossible. After several years of searching for an appropriate solution of how to see the murky depths of the Danube, a simple solution presented itself - excavator.

For the purpose of widening the rive bed or because of the sand, gravel, excavators dug out material from the depths. So that you can, without any equipment, just like on the exhibition see what the depths of the Danube and other rivers and lakes are hiding...

The experience showed that the stone is the most resilient. Therefore, the previous pages contain short but valuable information on how to recognise precious stones.

When searching the heaps of sand or gravel, the researcher must be aware of possible slides and soft surface in which one could get stuck.

FROM THE PRIVATE COLLECTION OF VELJKO MILKOVIĆ 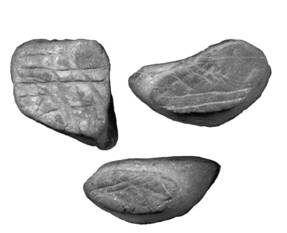 Picture 5. Engravings in the river pebble are most probably made by microlithes. Origins of a writing system are to be further examined, but it could be supposed that that human kind always wanted to leave something behind. This time it was successful, since the trace in the stone remains despite fire or water. 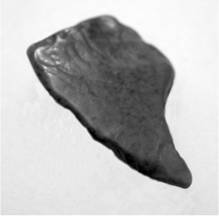 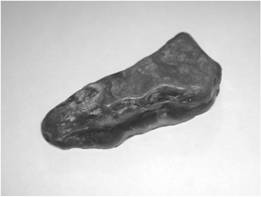 Picture 10. Long period of time caused rounding on all sides.Present dimension of the chalcedony tool are 7.5 x 3 cm. 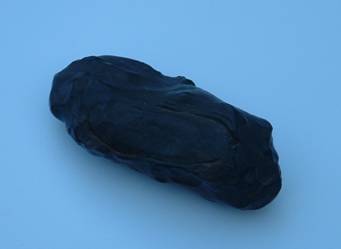 Picture 11. Unusual meteorite from the Danube  The unusual element  there is an outline of ellipsoid shape. Is it a fossil of alien origin, artificial ellipsoid or just a coincidence? 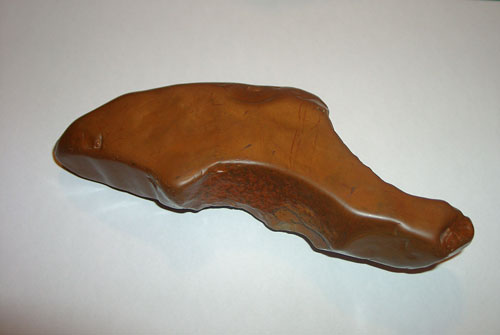 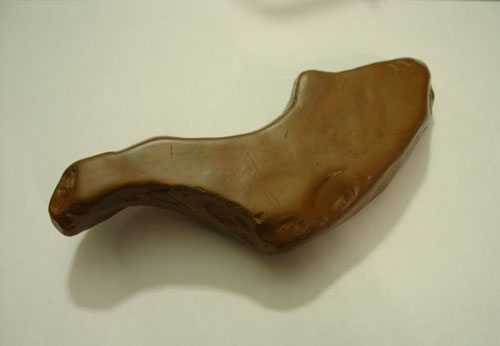 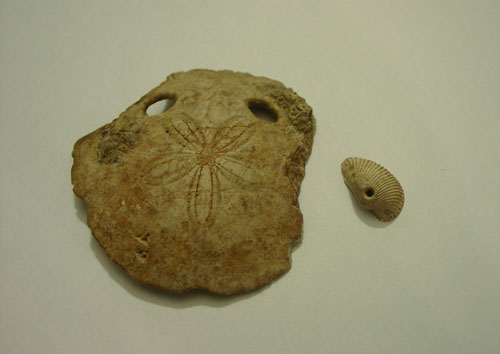 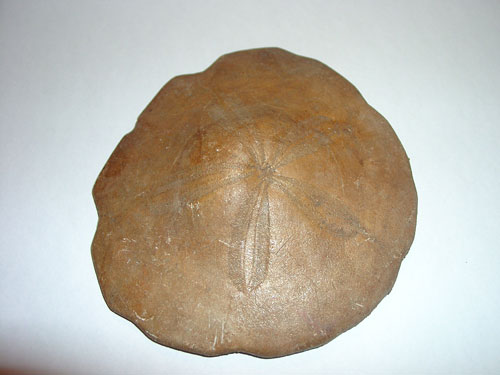 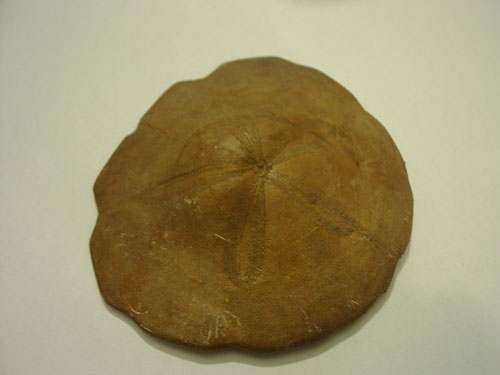 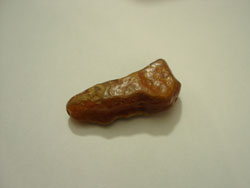 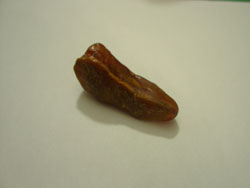 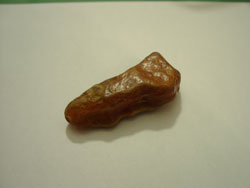 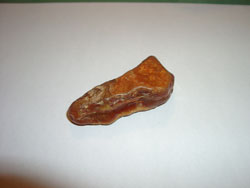 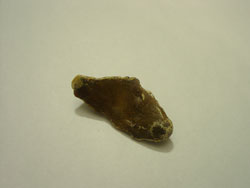 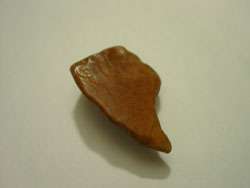 Additional information on this topic can be found in the books "Petrovaradin and Srem - mystery of the past" ("Petrovaradin i Srem - misterija prošlosti"), "The world of mysteries - new views" ("Svet misterija - novi pogledi") and in the chapter What did the others say - Press clippings.