PROGRESS AND RESULTS OF RESEARCH WORK

Speaking about science and invention, Einstein once said something that could be literally applied to the invention of perpetuum mobile and antigravitational motor:

Scientists - says Einstein - establish and legitimise something, and then a child is born who knows nothing about that, and a miracle happens. 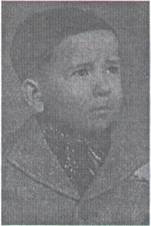 As a boy, Veljko Milković lived in Telep, suburban part of Novi Sad (Serbia). At that time, life was hard, but social life was highly developed. Children did not have toys, there was no television, and other passive forms of entertainment. Children created their own world. A large number of children gathered every day around toys they made themselves. One day, Veljko also had an idea - that was his first invention - to make a vehicle that would move on its own. He put a small plank on the ground, which leaned on two small and one bigger ball. He put a glass stopper on the plank. When out of balance, the stopper could oscillate for a time, and centrifugal force moved the plank in direction of two smaller balls. The working principle of this machine is the same as with his later invention: "Cart with a pendulum". In 1954, at the tim 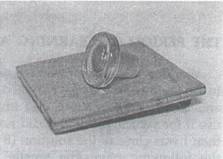 e of his first invention, he was only 5 years old, and the "Cart with a pendulum" that have wheels instead of balls was invented when he was 43, in 1992. This model was the basis for the books in which he talks about the antigravitational motor. It seems that the event with a plank and balls predestined Veljko Milković to be the inventor. This event can be confirmed by children from his neighbourhood (these are grown men now) it has predetermined his career of an inventor.

The invention from 1954 evolved with time. Milković invented "Pendulum with a ball and a weight" in 1963 and "Seesaw with springs and a ball" in 1966. From 1969 to 1971 he was developing the model of the "Pendulum with springs and a ball". The last model connected to the invention from 1954 was the already mentioned patent: "Cart with a pendulum", from 1992. 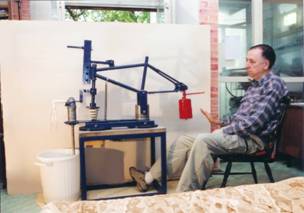 The inventions of Veljko Milković did not get much response among experts. Milković did receive awards on certain shows, but most experts approached the inventions with restraint. Acknowledgments were more the result of the fact that Milković's basic model is a new form of a simple machine. It is also strange that this simple machine has not been utilised so far, since it could have been made thousands of years ago. If that was the case, present civilisation would look completely different. The reason for this delay is probably that such an occurrence is either non-existing in nature, or hardly noticeable.

When Milković made a technically clear and convincing model, two-armed lever with a physical pendulum, he asked experts and scientists for their opinion. The model was exhibited for numerous people to see, on several fairs. The opinions were divided on the efficient coefficient of the device. The law on energy sustainability did not allow for the efficiency coefficient of the to be larger than the one, and the model showed the opposite. Everything was pointing to the fact that the efficiency coefficient was larger than one. Providing exact proof took some time. Without an appropriate equipment, resourcefulness was not enough. And, besides, questioning the law on energy sustainability demanded a lot of effort, which was something the scientists familiar with Milković's invention were not prepared to do.

An important part in the research was played by numerous associates which Milković had. Their explanations, opinions, graphics, drawings, mathematical conclusions, suggestions and other technical services sped up the research.

All in all, it turned out that physics, as it currently is, is two small a ground for Milković?s models of the two-stage oscillator, even though it sounds incredible. That is also the main reason why Milković was waiting for so long for his inventions to be scientifically explained and accepted.

It can be said that Milković's models satisfy the main precondition of the "eternal motor" - positive balance of energy. The output energy is larger than the input energy. However, these models are still not autonomous. Gradual decrease of energy of the primary oscillator, which is usually a physical pendulum, must be supplemented from outer energy sources. Degree of efficiency of these machines is larger than one, therefore much larger than with any other machine, which could not be expected, according to present laws of physics.